In order to stop the mysterious “Penguin Empire” from interfering with world peace, secret organization “Prince Beauty Parlor” has developed a giant robot that is powered by a rare special energy source called “Hi-ERo particles.” Organization member Kyōko Sonan has located an ordinary high school student, Kōichi Madanbashi, with high amounts of Hi-ERo particles, making him a suitable candidate to pilot of the giant robot. But there is only one way to release his particles: allow Madanbashi to persuade him with lewd behavior. 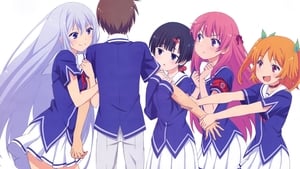