Number 10, the tricot number of desire. Roberto shows Tsubasa his old tricot from the time he played for Brazil and Tsubasa gets all excited and says, ‘One day, I will become a player of the Japanese national team and will fight the world!’ Roberto shows a strange expression, halfway between happy for Tsubasa but at the same time as if he were somewhere else with his thoughts. On the top of their desk, there is an envelope for Roberto, coming from the university hospital. Tsubasa’s mother took a peek at the envelope because she got worried and now knows the shocking truth. 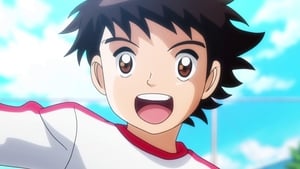 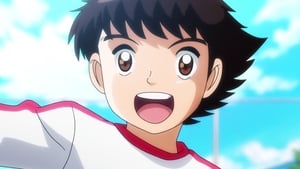